In Taranaki, rainfall is predicted to decrease in summer and increase in winter. Gale and storm force winds from the west are also predicted to increase.

Experts generally agree that climate change is affecting New Zealand’s weather patterns. An increase in extreme rainfall is likely as the temperature increases through the 21st century, potentially increasing both the severity and frequency of flooding. 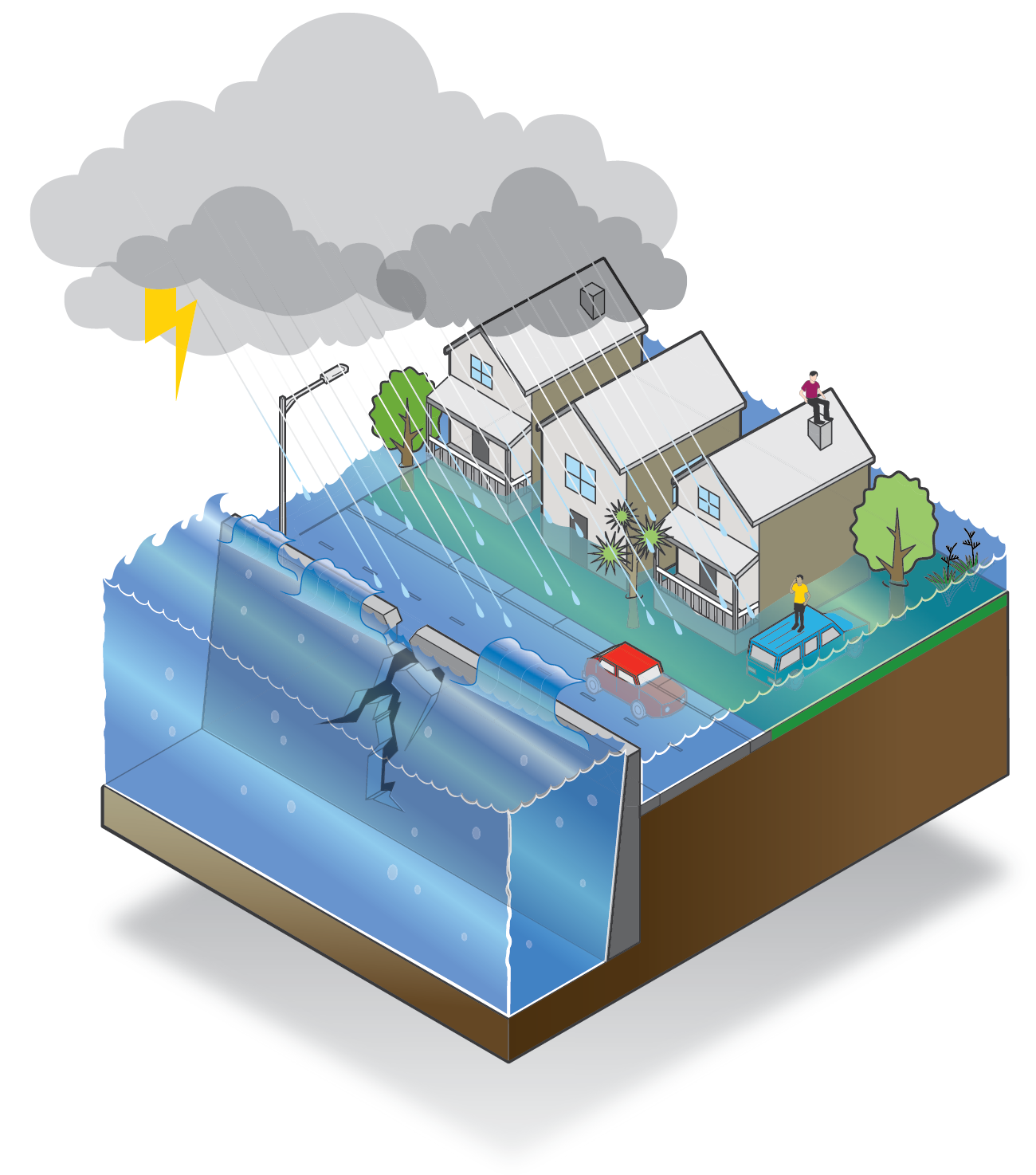 Tornadoes can occur during thunderstorms. A tornado is a narrow, violently rotating column of air extending downwards to the ground from the base of a thunderstorm. Warning signs include a long, continuous roar or rumble or a fast approaching cloud of debris which can sometimes be funnel shaped.

A swarm of tornadoes in July 2007 caused considerable damage in parts of the region, particularly Oakura. A state of emergency was declared at the time.

The MetService puts out severe weather watches and warnings through news services and on their website www.metservice.co.nz(external link)